This table is inscribed with four verses from the Old Norse Eddic Poem Fafnismál. The poem accounts the slaying of the dragon Fafnir by the hero Sigurd and at the urging of the dwarf Regin, Fafnir’s brother. Sigurd, upon dealing Fafnir a fatal blow, is warned by the dragon that his horde and the rings which Sigurd seeks are cursed and will bring bad things to him if he takes them. Sigurd ignores this advice which leads to his doom. After slaying the dragon, Sigurd accidentally eats some of Fafnir’s blood while cooking his heart and gains the ability to understand the speech of birds. Sigurd overhears some nearby birds speaking of how Regin plans to betray him and Sigurd kills Regin before he can be betrayed. The story continues and the events of the story of Sigurd and the Dragon Fafnir were the inspiration for much of J.R.R. Tolkien’s work, including riddling with and slaying a dragon, cursed rings, and magic swords. The story is also the subject of the German Das Nibelungenlied and was a story known throughout the Old Germanic lands and peoples.

The wood-burns included in this table are illustrations of the story adapted from wood carvings around the doorframe of the Hylestad Stave Church from 12th or 13th century Norway which were salvaged and preserved when the church was destroyed in the 17th century.

The chosen verses included in the table recount the final lines of the conversation between Sigurd and Fafnir as well as the greeting by Regin after Sigurd’s battle. These verses are included along with their translation.

The English translation is from The Poetic Edda: A New Translation by Carolyne Larrington. Oxford University Press. 1996.

The runes themselves that I have carved in this serving board are from the Elder Futhark which is the oldest of the runic alphabets and is found inscribed on rune stones and other objects throughout Europe and the Nordic countries from around the 2nd to 8th centuries. Futhark stands for the first letters of the runic alphabet, as alphabet stands for the Greek: Alpha Beta.

Some of the above runes represent sounds which are not included in this inscription and which I will not explain here, but some require a bit of explanation for anyone interested in reading runes. The most important distinctions for my inscription I will list below:

You may notice that a number of the runes may look similar to the Latin alphabet and have the same meaning, while others look like Latin letters, but have entirely different meanings. There are also a few wholly unique runes to represent certain sounds. The reason for these similarities and differences is not entirely clear, but there are a number of possible explanations including early contact between early Germanic tribes and traders from the Roman Empire and its successor states.

Runes were primarily carved and used before writing on paper or parchment came to northern Europe, therefore the Runic Futharks were comprised of straight lines more easily carved in wood, stone, bone, and metal. 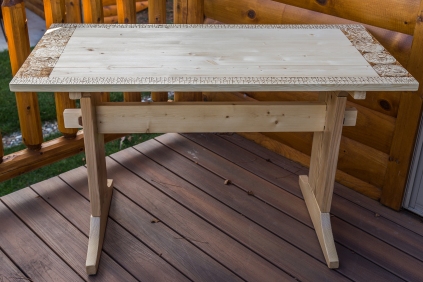 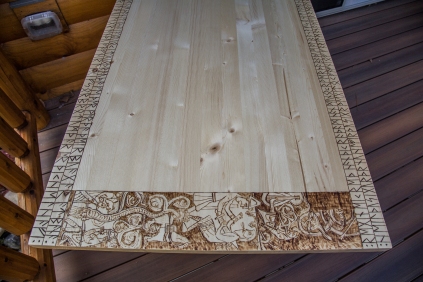 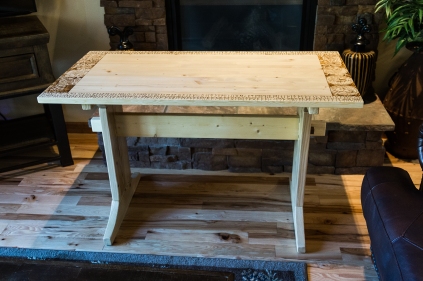 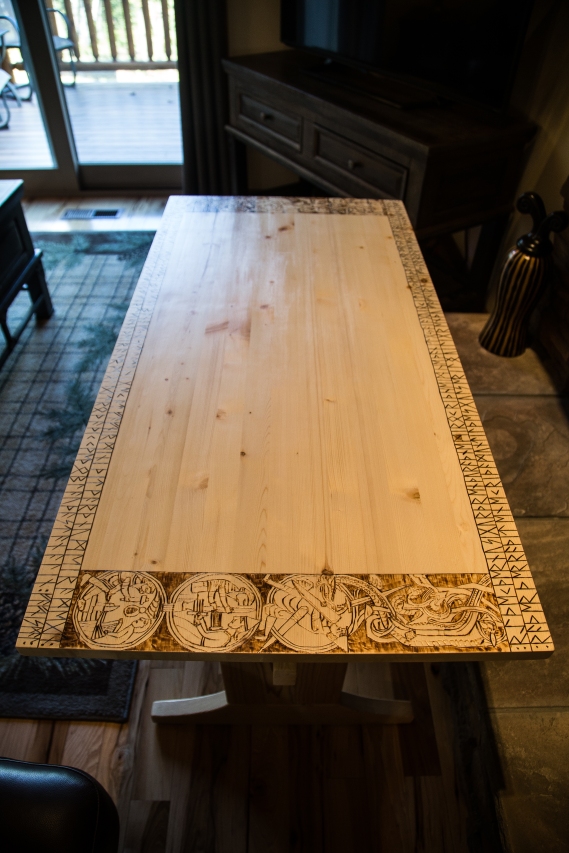